The Annual Presentation Evening 2018 took place on Saturday 1st December, despite having a very small turnout, the evening was enjoyed by those who attended.

The Presentation of awards was made by the Club President John Reeve, and the Saturday Captain Tom Cripps and Sunday Captain Stuart Montague.

Thanks to Pete Amis for compiling the Averages.

Thanks to Pete & Carol Driscoll for setting up the tables and decorating the Club, and to Brian Pleasance and Ness & Ian Stocks for doing the bar.

We will be sending out copies of the Averages later, and publishing photos taken by and thanks to Bob Hoare.

Pete Driscoll will be holding two signing on evenings, where we ask all playing members to attend, and this year to comply with ECB & Clubmark regulations, all players must fill out a new membership form.

Due to ongoing Wet conditions on the ground and outfield this weekends fixtures Saturday v Southampton University and Sunday v Merrow have had to be cancelled.

The Club bar is open this Friday from 7:00 pm and Sunday from 1:00 pm, please come along and support your club.

Just a reminder that Jim Stillmans Funeral will be held 14:45 on Friday 13th April at the Chichester Crematorium, the after at the Selsey British Legion, everyone is welcome.

Last Wednesday Club Chairman Andy Horner and Mike Nicholls met up with Robert Chambers the ECB representative for projects and giving out  monies, following on from the initial meeting Robert ask to come to the  site and see for himself our club and position of the new pavillion.

Andy and Mike had about an hour and a half discussing project and he took photos and gave us some advice on the plans, minor requirments for ECB, all which he will email to us.

He also confirmed that if we do get funding it would be between £50,000 and £75000 a bigger sum than was discussed at our first  meeting.

From our point of view it was a very positive meeting,and of cours you never know how much you will receive ,if any, until its in your account.But time well spent.

been  fertilised, new shutters of the front of Pavilion and a new bar shutter  to allow air to circulation

Thank you to Local Life Magazine for publishing this article of Selsey Cricket Club. 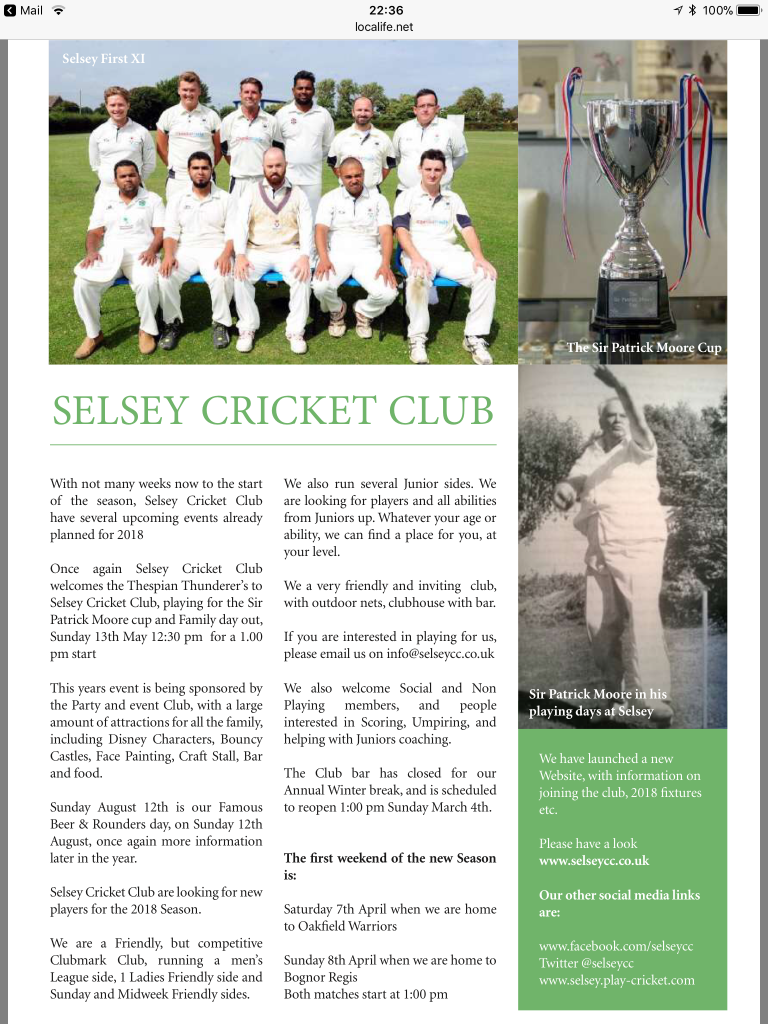 The 2018 season indoor nets commence on Wednesday 28th February from 5:30 until 7:00 pm at the Academy Selsey. 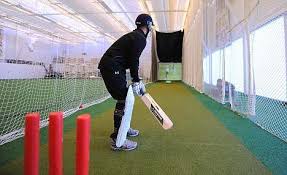 The start of the season is now just 8 weeks away, and a lot of things need to be done in advance. 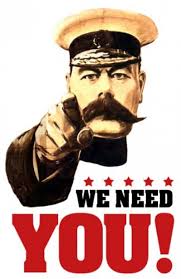 We thank Tom Cripps taking over the Job as Saturday Captain, but as yet we have not been able to find anyone willing to do the Sunday Captains Job.

Bob Hoare is willing to help out, but is unable to continue as Captain, and would like to thank him for all his last work for the Club.

We do need a Captain, as this year we have more Sunday fixtures, and many new teams coming to visit us.

To make things easier with transport, all But three are home fixtures.

We urgently need a Captain in place before the start of the season, without this there is a real prospect of the first time ever cancelling all Sunday fixtures.

We realise that many clubs are in a similar position, but without people willing to take on responsibilities, such as Captain, and without attracting more players, this could put the future of Cricket in Selsey at risk.

If fixtures are cancelled this year, it will make it difficult or impossible to obtain fixtures for future seasons.

We now more than ever need the support of all members, and your help in attracting new players to Selsey.

As a club we are financially secure, and very well run, with a few very hard working committee members.

With many big projects for the future, and large amounts of money being raised for new facilities etc, without Players, Captains volunteers etc, regardless of the funds we have and have raised still puts the clubs future at risk.

We have a great club, but we need help from everyone to ensure it’s future.

Please anyone is willing to step forward, we would love to hear from you.

With Selsey being in the new Sussex Premier league this year, we need to ask All members to ensure their details are up to date and still in Play Cricket, this is essential.

We have a working party coming up to get the club and Ground ready for the Season, this will be from 9:30 am on Saturday 17th March, we need as much help and support as we can get on that day, don’t leave the few regulars to do all the work.

Pete Driscoll will be holding two signing on evenings, where we ask all playing members to attend, and this year to comply with ECB & Clubmark regulations, all players must fill out a new membership form.

The Club bar reopens on Sunday 4th March at 1:00 pm, and is scheduled to open every Sunday until late December.

The First Friday bar opening will be on Friday 30th March from 7:00 pm.

Please come along and support YOUR club, this is where the majority of our money to run the club comes from.

After many months and a lot of effort, and cost our new Website is up and running.

Please go there for all updates.

You can renew your membership there, also as there will be no printed fixtures cards this year, all fixtures can be found there.

Please remember we need all your support, this year more than ever, to guarantee, the future of cricket in Selsey, please support us, we need this to make sure we have cricket played in Selsey for now and many generations in the future.

Thanks to Selsey  Life Magazine for the 2 page article this month. 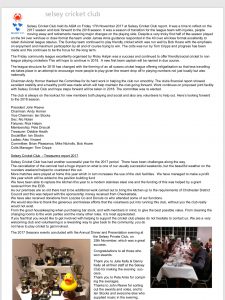 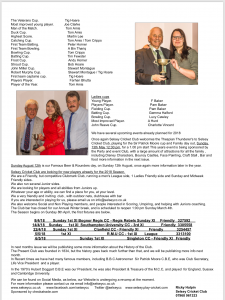 Selsey Cricket Club held its AGM on Friday 17th November 2017 at Selsey Cricket Club report. It was a time to reflect on the 2017 season and look forward to the 2018 season. It was a season of transition for the league team with injuries, people moving away and retirements meaning major changes on the playing side. Despite a very tricky first half of the season played on the 94 over win/lose or draw format the team under James Amis guidance responded in the 40 over win/lose format excellently to retain divisional league stautus. The Sunday team continued to play friendly cricket which was run well by Bob Hoare with the emphasis on enjoyment and maximum particaption by all and of course trying to win. The colts was run by Tom Cripps and progress has been made and this continues to be the focus for the long term. 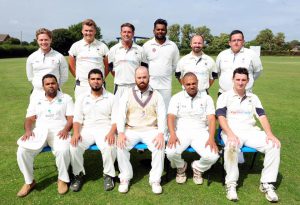 The Friday community league excellently organised by Ricky Halpin was a success and continued to offer friendly/social cricket to non league playing cricketers. This will hope to continue in 2018. A new first team captain will be named in due course.

The league structure for 2018 has changed with the forming of an all sussex cricket league offering religialisation so that less travelling etc takes place in an attempt to encourage more people to play given the recent drop off in playing numbers not just locally but also nationally.

Chairman Andy Horner thanked the Committee for its hard work in helping the club run smoothly. The clubs financial report showed excellent stability and a healthy profit was made which will help maintain the club going forward. Work continues on proposed joint facility with Selsey Cricket Club and hope steps forward will be taken in 2018. The committee was re elected.

The club is always on the lookout for new members both playing and social and also any volunteers to help out. Here’s looking forward to the 2018 season.

Selsey Cricket Club has had another successful year for the 2017 period. There have been challenges along the way.

The cancellation of the carnival had a huge impact on what is one of our usually successful weekends, but the beautiful weather on the rounders weekend helped to counteract this out.

More matches were played at home this year which in turn increases the use of the club facilities. We have managed to make a profit this year which will be added to the pavilion building fund

We have been able to replace the kitchen this year to a modern stainless steel one and the funding of this was helped by a grant received from the ECB.

As our premises are so old there had to be additional work carried out to bring the kitchen up to the requirements of Chichester District Council and this was helped with the sponsorship money received from Checkatrade.

We have also received donations from Lozzies Co and Donuts co who attended some of our functions.

We would also like to thank the generous and tireless efforts that the volunteers put into running this club, without you the club really would not exist.

From the good housekeeping when purchasing bar stock, and with members in mind, to give the best possible value. From cleaning the changing rooms to the work parties and the many other roles. it is most appreciated.

If you feel that you would like to get involved with helping to support the cricket club please do not hesitate to contact us. We are a very welcoming club and volunteering is a rewarding way to give back to the community, you do not have to play cricket to get involved.

The 2017 Seasons events concluded with the Annual Dinner and Presentation evening at the Selsey Private Club, on 25th November, which was a great success.

Congratulations to all those who won awards.

Thank you to Julie Kelly & Danny Kelly all all their staff at the Selsey Club for making the evening success . 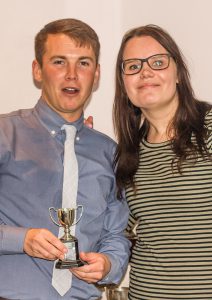 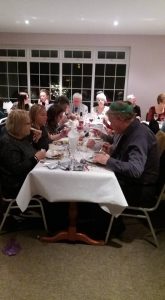 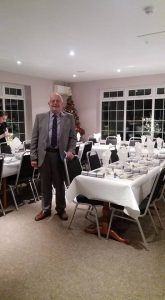 Thank you to Pete Amis for compiling the averages.

Thanks to John Reeve for sorting out the awards and votes, and to Ian Stocks and everyone else who supplied music in the evening.

We have several upcoming events already planned for 2018 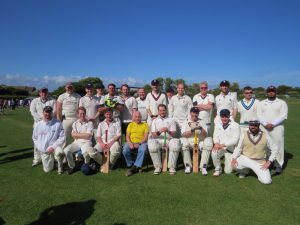 This years event is being sponsored by the Party and event Club, with a large amount of attractions for all the family , including Disney Characters, Bouncy Castles, Face Painting, Craft Stall , Bar and food more information in the next issue.

Selsey Cricket Club are looking for new players already for the 2018 Season.

We are a Friendly, but competitive Clubmark Club, running a men’s League side, 1 Ladies Friendly side and Sunday and Midweek Friendly sides.

We are looking for players and all abilities from Juniors up.

Whatever your age or ability, we can find a place for you, at your level.

We a very friendly and inviting club , with outdoor nets, clubhouse with bar.

If you are interested in playing for us, please email us on info@selseycc.co.uk

We also welcome Social and Non Playing members, and people interested in Scoring, Umpiring, and helping with Juniors coaching.

The Club bar has closed for our Annual Winter break, and is scheduled to reopen 1:00 pm Sunday March 4th.

The Season begins on Sunday 8th April, the first fixtures are below. 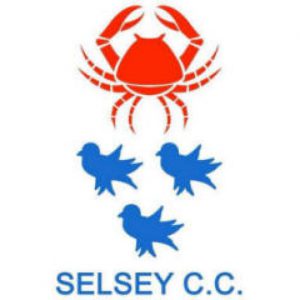 In next months issue we will be publishing some more information about the History of the Club.

The Present Club was founded in 1834, but the history goes back much further than that, and we will be publishing more info next month.

In Recent times we have had many famous members, including B.B.C Astronomer Sir Patrick Moore C.B.E, who was Club Secretary, Life Vice President and a player.

In the 1970’s Hubert Doggart O.B.E was our President, he was also President & Treasure of the M.C.C, and played for England, Sussex and Cambridge University.

We can be found on Social Media, as below, our Website is undergoing a revamp at the moment.

For more information please contact us via email info@selseycc.co.uk

The Club bar is open today from 2 pm, this is that last opening of 2019, before the Winter closure, come along and have an early Christmas drink. @selseycc